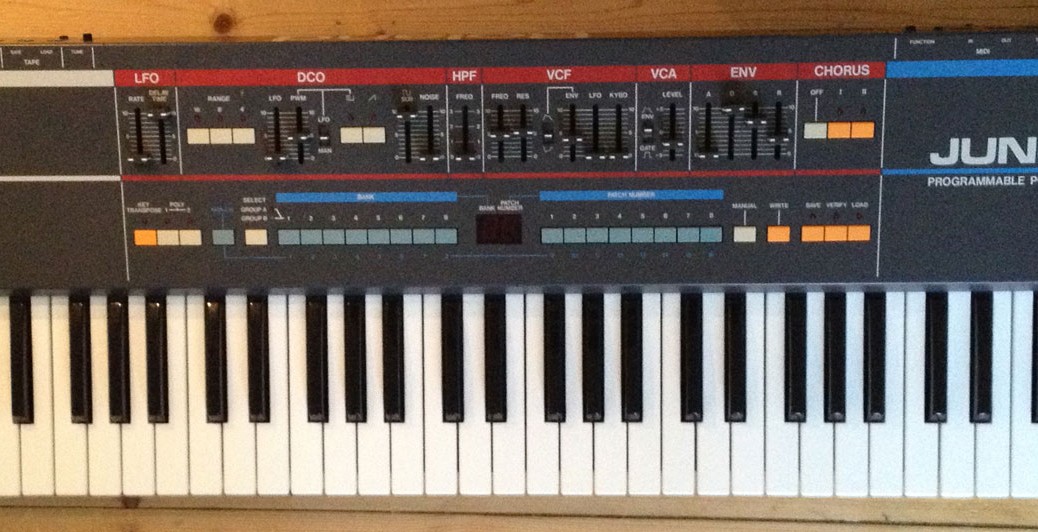 I only had it for three weeks – current record! Blame it on the Juno-6.  It suddenly was for sale one block from where I live for a good price. I can confirm the fact that there’s a sonic difference, the Juno-6 sounds more organic/fatter/analog than the Juno-106.  Not saying that I don’t like Juno-106, George Michael was right, it’s a great synth. But I don’t need both. The Juno-106 was near mint, so I thought I’d share some photos of it.

Today I bought a Juno-106 in very good condition. It works perfectly, cosmetically I would say it’s 8/10. Selling the JX-8P was a bit hard for me, but I believe four JX-engines are enough. I can still get the same sounds on the JX-10 and MKS-70. The TX81Z has Lately Bass, but it’s nothing compared to the TX-816. If it wasn’t for the lack of rack space I’d probably kept the TX81Z.

Back to the Juno-106 – my first impression is that it sounds very early 80’s, and that’s something good. My second impressions is how simple it is to program with it’s sliders and simple structure. It’s obvious that the Juno-106 was engineered before the FM boom and that it’s analog and proud of it. Compare this to the JX that has a lot of presets that mimics

DX7 presets like marimba and electric pianos. The JX is like an ashamed analog that wanted to be born digital! All respect to the JX – it is a great analog whether it wanted to be or not back in the mid 80’s! It’s just a matter of programming, and that matter is actually the second problem with the JX. The Juno has very hands on programming, the JX uses buttons and menus, if you want sliders you have to get the overly-expensive PG-800 programmer or a Behringer BCR-2000. The BCR-2000 works great, but it’s still not the same thing.

The reasons explained above are the reasons the Junos are more expensive than JXs. Remember, that when new, the pricing was the other way around! The JX is technically more superior with it’s two oscillators per voice, more high end and more complicated. It’s this complicity that is the problem! I like them both – in different ways!