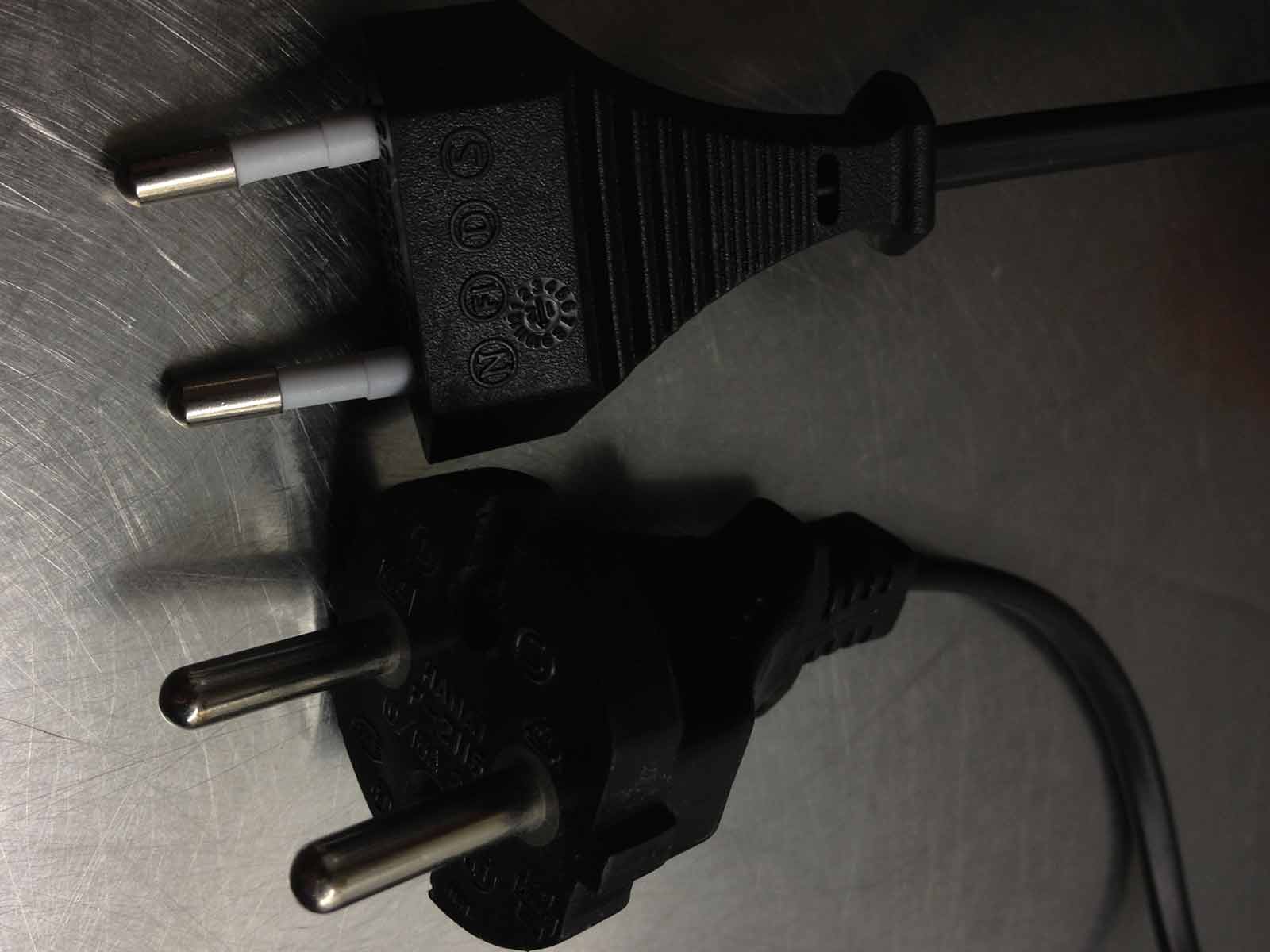 Lately my Roland S-330 sometimes hasn’t started when I’ve pushed the power button on the front. I’ve noticed that if I moved the power cable downwards it powered on, although a bit glitchy if I didn’t pull it hard enough. So when I had the S-330 out of rack I opened it up to see if everything looked alright near the power supply. And everything did, the soldering looked perfect. Moving the power cable made it turn on and off. I reckoned there must be some kind of breakage in the power cable, probably where the cable goes of the case.

As you can see the cable is run through a bit of plastic that is mounted on a separate metal plate. Removing the plastic was a major PITA, the trick is to rotate it a bit and using a pliers and push it from inside out. After the plastic bit is loose, it’s possible to open it with a flat screwdriver. As you can see in the photo below, the plastic piece has deformed the cable so it looks like a U.

I bought a new power cable with a Euro plug, the original cable is an old style ungrounded plug.

To start with, I cut away the bad part from the plastic piece.

The I tried to unsolder the old power cable. That was unsuccessful and the tubing on the brown hot cable was damaged, so I fixed it with some yellow heat shrink tubing. I then cut the old power cable and solder it to the new one. Before I soldered I did remember to run the new power cable through all the bits and pieces that the original cable went through.

I powered it up and it worked perfectly. By the way, putting the plastic piece back was an even harder task than to remove it, but with a lot of patience I succeeded. The S-330 is now back in the rack, but before I reassembled it I took some bonus photos of it’s inside. Notice all the custom Roland chips and the HxC SD Floppy Emulator as well as all the different outputs.