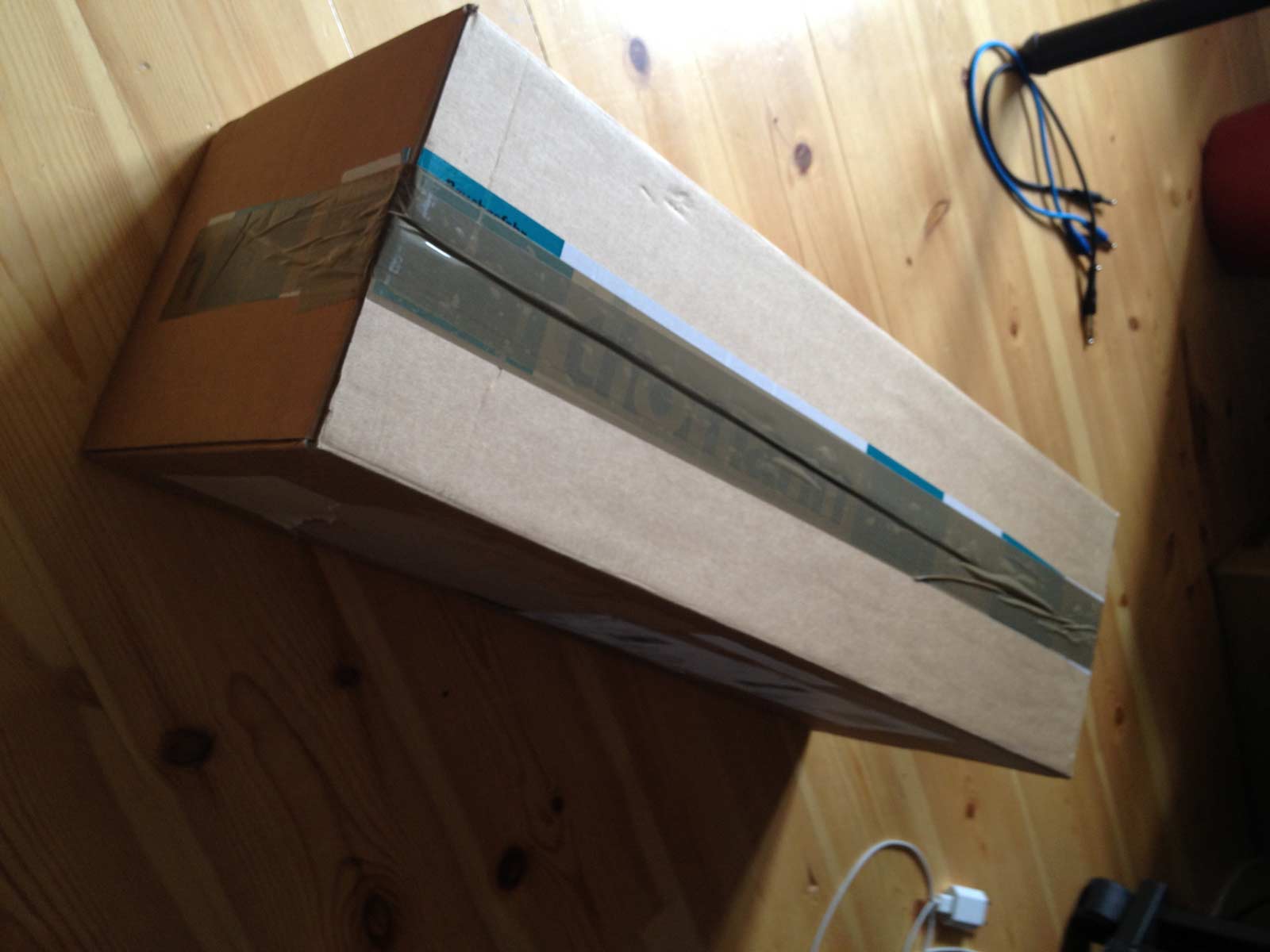 Since I bought the DMX I’ve felt a lack of analog inputs. My current setup has a total of 18 analog ins, 8 on the Behringer ADA-8000 (all with preamps) and 10 on the Fireface (of which 6 have preamps). The Alesis AI3 will add another 8 ones without preamps to a total of 26. The only way to further expand is to buy an analog to SPDIF converter that will add 2 more inputs, a total of 28.

A couple of days ago I found an Alesis AI3 for a good price. I was first looking for another ADA-8000, but they seem to be keepers. I’ve read in several forums that the ADA-8000 actually uses Alesis manufactured AD converters, the same as in the AI3 and I haven’t found anything wrong with them. What differs from the ADA-8000 is that the AI3 has no preamps, even though it’s price is twice the ADA-8000’s. This means that there are no volume knobs and inputs on the front. That also means that I have to patch the inputs on the rear of the AI3 to a patch bay. Anyway, the package arrived today and here’s a view of it before it was unboxed.

The install was easy, two toslink cables were included so all I did was to connect the in and out of the AI3 to the RME’s ADAT2 in and out. The ADAT1 is used by the ADA-8000. I opened RME’s excellent Totalmix application and named the inputs accordingly.

Except for the stereo SPDIF input, my RME Fireface 800 is now maxed. The only way to add more inputs is to add one or two more Fireface 800s and chain them together. When it comes to configuring the AI3, there’s not very much to configure. Two buttons on the front are all there is. One is to select whether the AI3 should output the analog ins or the ADAT in to the ADAT out. The other one selects operating level. I actually use -10dBv although it’s the consumer level (+4dBu is quieter). The reason why is that most of my gear has quite low output signals.

One interesting thing is that the AI3 needs to have both the in and out ADAT connected for it to sync. Without the in toslink I got a very interesting “bit-crush” sound when the ADA-8000 was turned on. I don’t know why the ADA-8000 doesn’t need an in toslink, but I’ll buy one anyway just to make sure everything is in sync.

I had to reorganize the rack to make space for the AI3 and one more Neutrik patchbay (which I haven’t purchased yet. The Roland S-330 and U-220 was moved below the Microwave. I had noticed that the S-330 power cable was a bit glitchy, so I decided to open it up and search for the problem. Read more about the power cable replacement here.