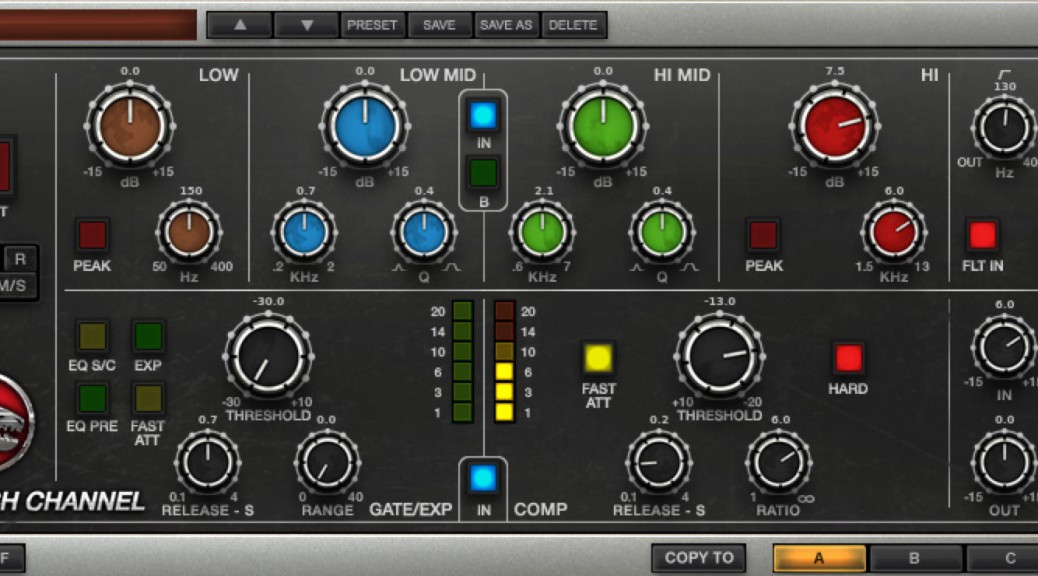 I’m not a big fan of software synthesizers, at least not for my kind of music. For effects however, I’ll have to settle with the software counterparts –  I simply don’t have the cash and space for an SSL desk and other vintage high end gear.

What I’m trying to do is to find the best software counterparts: channel strips, tape emulation, chorus, reverb, delay etc. UAD has all this, but their weak hardware and pricing would set me back a lot of money, which I’d rather spend on hardware synths and drum machines. For example, the cheapest UAD PCIe SOLO, which you can find for $200 used, only allows 17 SSL channel strips at 24/44.1 – I’m recording at 24/96.

I found that IK has a lot of vintage emulations, and the last days JRRshop had a 50% sale. So this is what I bought:

The BSS has had very good reviews and is one of the top rated ones along with UAD. Waves SSL has a similar bundle, but it’s now almost ten years old and a bit behind in the competition. Waves has had their bundle on sale for $249 lately. I got the BSS bundle on JRRPlugins for $71.82 – a steal (RRP $169)!

I honestly can’t compare the BSS it to the real hardware, since I’ve only spent a couple of minutes at a real SSL 4000 desk. But the plugins do their job, and the lack of a graphic eq feels liberating and forces you to use the ears  (you can cheat by adding a standard Logic eq after to see it graphically). By the way, even though IK has updated the British Channel GUI, it’s still looks cartoonish and is the ugliest in the competition.

Browsing the IK Custom Shop application I found the Tape Echo plugin that’s a highly praised emulation of the Echoplex EP3 tape delay. I got it for $31.78 RRP (€74.99). All IK products have a free 14 day trial, which is a bit dangerous…

Having no experience in real tape delay, it’s hard to judge whether it’s authentic or not, but it has gotten very nice reviews. Looking at this video for example, I immediately recognise its sound and behaviour.

The GUI is very true to the original, and the naming of the knobs can be a bit confusing. Volume is the wet/dry mix, and Sustain is the number of echoes. Differences to the original is that it’s stereo and has a BPM sync option. Clicking the Echoflex logo reveals additional controls for Rec Level, Tape Wear, Wow/Flutter & Noise.